Single and tired of coming home to a dirty apartment? See how hiring a cleaning service can change the atmosphere of your home. Click here.

As society progresses, what was once considered traditional becomes outdated. For example, the latch key kid phenomenon is the norm in many areas and is an accepted part of society. Unfortunately, even older kids in this situation may be exposed to dangers when left alone for too long. Thankfully, a high-quality smart home can help to minimize the risk of this problem in many ways.

The concept of the latch key kid is one that has become more widespread as divorce and working parents become the norm. Kids coming home from school and spending time alone before their parents arrive has, unfortunately, also become a more dangerous proposition than it was in the past. In the modern world of gun violence and other dangers, latch key kids may be at a higher risk than others.

For example, they may come home to a house that has been invaded and end up in a scary situation. Or they may end up being attacked while they are at home waiting for their parents. Though this type of situation isn't common, the mere potential risk of it happening should be more than enough to inspires parents to do something about it. And thankfully, installing a smart house system may help to protect children and keep them safe.

How a Smart Home Helps

A smart home is a high-tech house that utilizes a myriad of control systems to stay safe. Typically, they have remote-controlled security systems, HVAC units, and even cameras. As a result, parents of latch key kids can track their children and make sure that they are not only safe at home but protected by a high-tech security system that will keep out all home invaders who would hurt them otherwise.

Just as importantly, these homes also give children a higher level of control over their security situation. For example, smart home apps can help children enter the home without a physical key, making it safer for them should they forget theirs or lose it. And they can also set up the security system and watch its monitors to spot any problems that may occur outside the home.

And parents worried about potential heat problems in their home during the summer can be comfortable knowing that a smart home helps to decrease this issue. For example, parents can set a safe temperature level for the home's HVAC system and lock it while they are at work. And they can also make sure that any issues that may occur are caught before they become an issue. 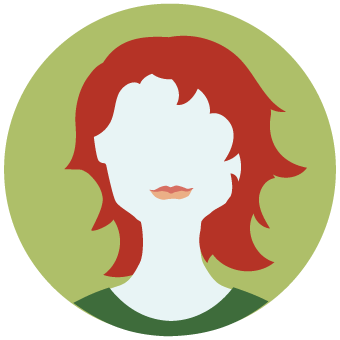 Being single means there is no one else in the house to take care of the laundry or the cleaning. After a hard day at work, I decided that the last thing I wanted to do was come home and deal with the breakfast dishes. That's why I decided to look into options for house cleaning services. I found a great service that paired me with an excellent housekeeper. She comes in three afternoons a week and whips everything into shape. The carpets are cleaned, the bathroom has never looked better, and I even have fresh sheets on the bed every week. If you would rather not spend your free time cleaning house, let me tell you more about hiring a cleaning service. Once you hear about all the perks, you'll be ready to hire a service too.